Many Australian men struggle with erectile dysfunction but treatment is available Many Australian men struggle with erectile dysfunction but treatment is available

When Leighland was suffering the most, he referred to his penis as a “mushroom” and felt like he didn’t want to live anymore. His struggles with erectile dysfunction took him to a dark place, an experience that even 20 years later, he finds difficult to articulate.

It’s his wife Joy who becomes the most emotional when recounting that time.

“He was dealing with a lot of issues and sometimes when I came home and opened the door, I didn’t know whether he would be dead or alive,” she tells news.com.au. “He was in bed all day and it took away a lot of his self-esteem; he used to talk about himself in very negative terms.”

Leighland, 74, began experiencing difficulties with erectile dysfunction when he was in his late 30s. Prostate problems ran in his family and he was seeing a urologist for about five years to treat problems with his urine flow.

“You feel inadequate, I felt inadequate and I was having erection problems around that time,” Leighland said.

After seeing an advertisement for expensive injections that would help him get and sustain an erection, this helped him for about 20 years until he was diagnosed with prostate cancer and had to get his prostate removed. While the cancer surgery was successful, it left him with a penis that disappeared into his scrotum which he began describing as a “mushroom”.

“It had a terrible effect on him,” Joy said. “His penis had no structure and it’s a very big part of a man’s identity I think. “He was very debilitated by it.” Joy said she loved her husband and didn’t have any derogatory or negative feelings towards him because of his condition but it did impact their relationship because it impacted his wellbeing, which had an impact on her.

“There was a negative impact on his enjoyment of life, his wellbeing and his confidence,” she said. Leighland also acknowledged his psychological wellbeing was impacted. “When you lose your ability to have an erection and to have intercourse, which is a God-given right, something does happen in your head,” Leighland said.

“All these things have a psychological effect. “Once I had my prostate out, I was left with what I called a mushroom. I had to pull it out to have a pee.”

It’s a problem that many men in Australia face, with estimates that nearly three million men over the age of 45 experience erectile dysfunction (ED). ED is defined as the inability to get or keep an erection firm enough to have successful sexual intercourse.

According to urological surgeon Dr Christopher Love, who is the father of Bachelorette star Georgia Love, about 90 per cent of men have the condition because of a physical problem or disorder such as an injury, disease, operation or substance abuse.

For most men, the cause can be fairly easily identified and potentially treated.

“The stigma associated with erectile dysfunction is often the biggest barrier for those seeking help,” Dr Love said.

As part of Men’s Health Week, Dr Love is calling on Australians to stop treating ED as a ‘locker room joke’ and give the condition the same compassion as any other medical disease to encourage men to feel more comfortable about seeking help.

“Men in relationships find it incredibly tough to open up to their partners and singles are scared to discuss with close friends for fear of being mocked, leading to many emotional repercussions that can be avoided with a simple conversation,” he said.

“This condition is also more than just the person experiencing it, so we need partners and friends to nurture a sympathetic approach and provide support along the often-difficult journey for those seeking help.”

A survey of 500 men by Elbow, commissioned by medical device company Coloplast, found 78 per cent of single men with the condition believe they are unworthy of having a partner. About 73 per cent feel alone or have increased anxiety or depression, and 65 per cent in relationships find it difficult to discuss their condition with their partner. A quarter of those who were separated or divorced felt the condition contributed to the end of their relationship.

Leighland said he was able to treat his ED by getting a penile implant with Dr Love when he was aged in his 60s, and said this had made him feel “150 per cent” better.

“It’s absolutely magic,” he said. “Once I had the implant it was no longer a mushroom.”

While there was a significant cost, of around $8000 out-of-pocket, the implant enables Leighland to get an erection by squeezing two cylinders that inflate his penis.

Joy said the implant was “life-changing” for her husband. “It’s made the world of difference,” she said. “It’s been 17 years since he’s had the implant and once he learnt how to use it, and the mechanics of it, which is easy, it’s given him a normal penis.

“It’s been a fantastic thing for him, for both of us really.”

Leighland noted the surgery did not work as successfully for every patient and there is a long recovery involved. “But what men need to know is that there is to a solution to a penis that cannot be made to be erect,” he said. “The second thing to know is that like everything, it might cost you more than you like. “Thirdly, you need to make sure that your partner wants the attention.” 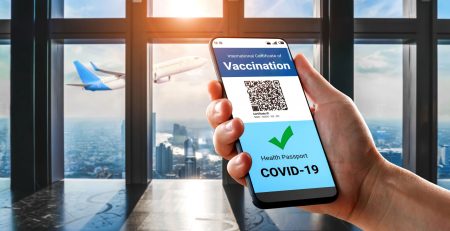 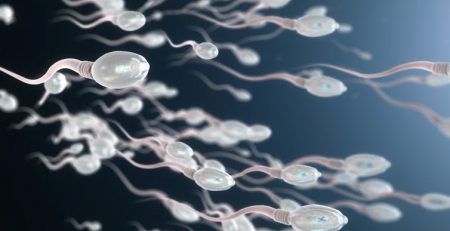